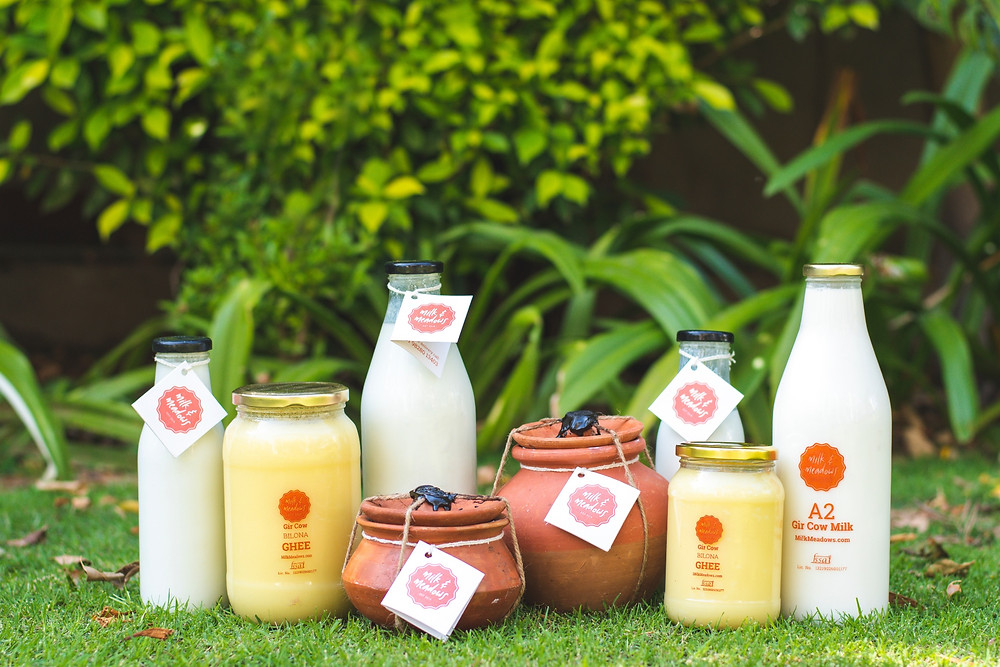 Dairy products such as milk, butter, and curd are readily available even in the most remote parts of India. Dairy products are consumed at the highest rate in our country and constitute an essential part of our meals. From rural to urban regions, from the northwest to east you will find people buying dairy products manufactured in India. Dairy businesses located in India have been an income source for numerous families. Dairies in India are among the biggest companies of all time that serve many millions.

Because of milk and dairy products, we can now take pleasure in our morning drinks. Coffee, tea or lassi, buttermilk, or milkshake, our morning is not complete without a milk-based beverage. Each milk plant in India operates 24 hours a day to provide milk to dairy stores and distributors. In the article, we’ll be discussing the top milk brands available in India and the way they were created, and how the dairy farms in India operate. We will also look at what makes them distinct when compared to the similar brand names of milk in India and how they can help improve the economy of India.

Why is India the biggest producer of Dairy And Dairy Products?

In recent times, we’ve witnessed rapid growth in the dairy industry in India. The number of dairy products is increasing, and we’re certain that this trend will continue from now to the future. India is the biggest producer of milk worldwide. It produces 170 million tonnes of milk every year, approximately. In 2014, the production of milk in India was increasing to the level that it surpassed the total EU’s production of milk in just one year. Thanks to all the dairy companies across India who have put in a lot of effort to boost the amount of milk produced in India.

One of the main reasons that lead India to produce milk in such a large amount is due to the fact that dairy farms in India import a large number of European cows right now. The cows are cross-bred with local cattle breeds to boost the production of milk. Another major reason for the achievement is the ten-year program to source milk from small farmers, with the assistance of cooperatives. The most famous example of this collaboration is Amul. Amul is among the most popular brand names in milk in India and is on the top of the list of the top milk producers in India.

The Top Dairy Companies In India 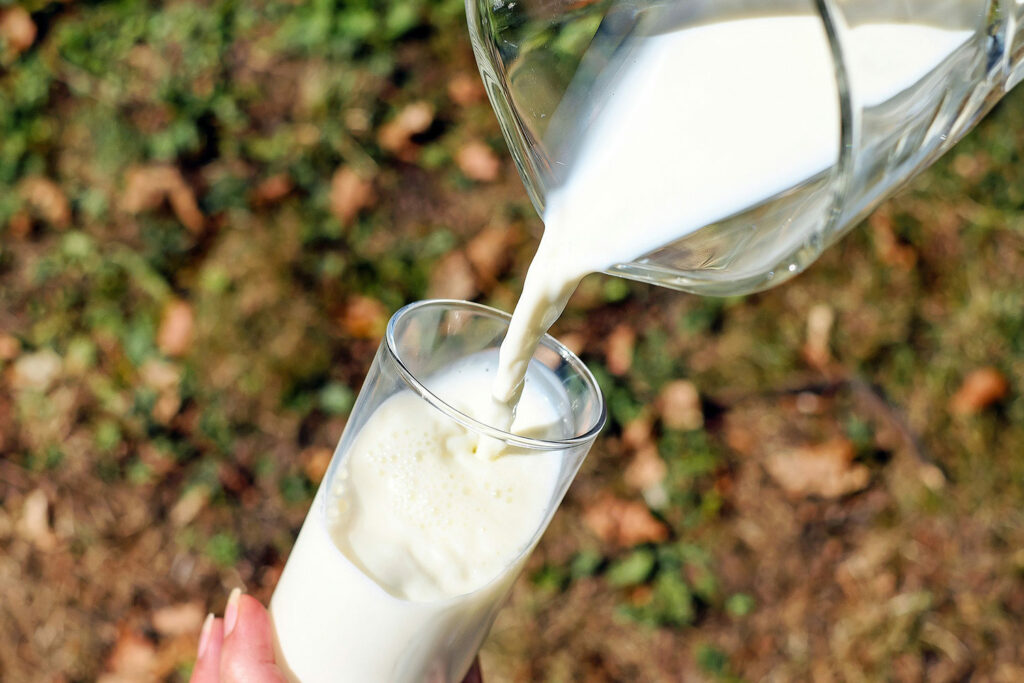 Let’s look at some of the top dairy firms from India. These are the most reputable producers of milk across India and manufacture large quantities of milk and distribute it across various parts of India every single day.

Amul is widely regarded as one of the most trusted brands for milk in India. Its iconic Amul woman, the humorous ads, and their utterly buttery tasty products have become a part of our daily lives. Thus, in the top spot, we are Amul. The product is not just highly sought-after, but their marketing techniques are clever and their AMUL newspaper cartoons/advertisements on current issues and social issues are always spot on. As children, we eagerly awaited to find out which AMUL girl was going to write about in the morning paper.

In the end, taking marketing strategies out of the equation, Amul single handheld is the most well-known name in the dairy industry within India. The company was founded in 1946, by Sardar Vallabbhai Patel in Gujarat. Local farmers approached him in order to stop the abuses of the middlemen who paid low prices to purchase their dairy products. The veteran developed his milk production model along with distribution. This model is now recognized worldwide in the Amul model, where farmers and cattle ranchers are selling milk directly to regional cooperative societies for much more affordable prices.

More than 15 million milk producers offer milk and other by-products daily to more than 1,44,000 distributors. The company is considered to be among the most prestigious dairy producers suppliers in India. Furthermore processing, the milk is produced in the facilities of the 186 district cooperative unions which fall under Amul. Additionally, the milk is sold through all 22 states dairy cooperatives across India.

Amul can be described as the most popular dairy brand from India and has been a shining example to the world of the finest examples of how to form cooperative industries with the assistance of farmers from the local area. The model was replicated across the states that originated with Gujarat. Amul has been the largest and most profitable cooperative venture worldwide to date, making it among the top dairy brands available in India.

Mother Dairy is also one of the most popular brands of milk in India however, it was unable to get the top spot on the list of the top milk companies that are owned in India due to Amul. There is Mother Dairy, a company that was incorporated into the National Dairy Development Board (NDDB) in 1974. The dairy products are sold across the nation by over 1200 unique dairy and milk shops. Mother dairy shops are located throughout the country in various cities in multiple locations. They offer the milk of your choice, as well as flavored milk curd, paneer packaged chaas, lassi butter, ice creams, and many more.

Alongside the dairy sector, Mother Dairy was one of the first businesses to launch the business of selling fruits and vegetables beginning in 1988 with the brand name Safal. In the present market, Safal is experiencing a growth rate of 10%, with annual revenue of around Rs. 550 crore. Mother dairy also has the brand Dhara. Dhara is famous for its mustard oil and vegetables.

In the third position, we are able to claim the name that the majority of people know and have utilized its products in some way or another. As among the most important dairy producers around the globe, it was logical that Nestle is a contender with market share in the Indian markets for milk. At present, Nestle is the only MNC that has managed to get into the dairy market in India. In India, Nestle provides a wide selection of milk-based products such as curd, raitas and milk and powdered milk. Nestle in India is particularly focused on milk products for health-conscious. They’ve come up with Nestle the a+ Nourish and Nestle a+ Slim with a long life as well as supplemented dairy brands.

In addition, right now in India, you can purchase yogurt of superior quality that is made of special probiotics that are exclusive to the Nestle A+ brand. Also one of the top-selling products from Nestle in India is its condensed milk. Indian market is their condensed milk. The can of condensed milkmaid dairy can be found in the fridge.

Yes, that favorite biscuit manufacturer is included in the list of dairy firms located in India. One of the most well-known dairy products from Britannia comprises Ultra High Technology (UHT) processed, toned, and processed milk that is packed into Tetra packs. BIL has been among the longest-running milk brands on the list on the market in India. They are more than 100 years old in the business. It is easy to locate the nearest outlet as they have over 500 million outlets scattered across India.

Other than the milk product, Britannia has a lot of dairy products that are easily accessible across the country. These include Cheese slices, cubes of cheese curd, cheese shakes, flavored yogurts, and shakes.

Anik milk products Pvt. ltd is among the oldest dairy brands that are found in India. The company is listed among the largest players in dairy production in India which was established in the year 1965. Anik milk as well as Anik Ghee, and Anikspray are extremely popular in certain regions of the country. A few people even love anikspray and have referred to it as one of the most popular brands of milk powder in India. Anik is the very first brand of milk in India that began making use of milk whitener.

It’s the first private-sector business within the dairy industry in Karnataka. It was established in 1989 with aid from local investment. In its first year, the milk corporation could only provide the equivalent of 500 liters of milk. By 2020, the corporation has one of the largest dairy products that is produced across India. It is situated in Kirvatti village, which is close to Yellapur town.

The company has had more than three decades of milk production operations that are successful. It’s a household word in the states around it, including Goa, Maharashtra, Telangana, and many more. In addition, the business gets help from farmers from other states to process their milk, and then market its products under the name of the Shrikrishna Milk brand.

Madhya Pradesh State Cooperative Dairy Federation Ltd offers dairy products and milk under the name ‘Sanchi’. This cooperative dairy was created after an extensive study of Amul’s model for cooperative processing and milk collection. If you are traveling by train through MP, you’re likely to come across those Sanchi dairy parlors on the platform of the railway. From milk to milk with flavored curd-based drinks and yogurt with flavored flavors, Sanchi milk booths are easy to find all over Madhya Pradesh.

On the list of the best dairy brands from India, PCDF makes it as well. PCDF was formed in 1962 to supply dairy goods and services in a structured method for the people in Uttar Pradesh. It was a cooperative initiative that led to the elimination of middlemen who were exploiting the producers of milk. PCDF’s Parag brand Parag has a broad range of milk and milk-related products, including milk powder, milk, butter, and Ghee.

The Karnataka Cooperative Milk Producers Federation Ltd sells milk and other merchandise under the trade name Nandini. While Nandini was initially launched as a small-scale brand it is now KMF is the second-largest milk cooperative behind AMUL. The popularity of the brand gradually helped to grow the company’s reach to the states that border it, including Goa as well as Maharashtra. It is considered to be among the most popular brand of milk in Maharashtra. The year 2020 is the date for which KMF currently has fourteen milk cooperatives, which cover all districts in the Karnataka state. These unions collect milk from farmers in the rural regions of the state.

Advantages Of drinking a glass Of Daily Milk

We have now discovered the various milk brands that are available in India let’s take a look at the benefits that drinking milk. There have been mothers following us around with their bug-mugs of milk, continuously urging us to consume it at least two times a day. Do you know the reason? Here is a list of advantages of drinking every day a glass of milk.