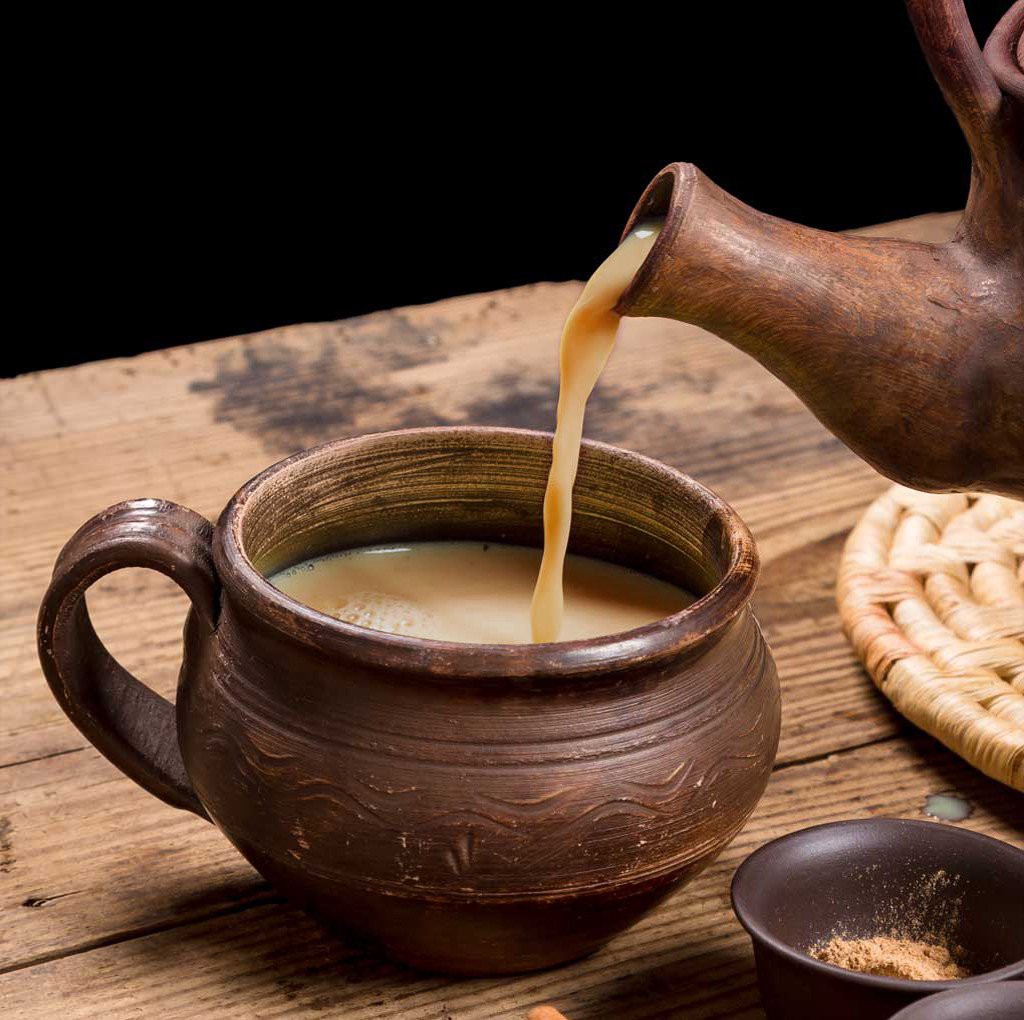 Masala Chai ( spiced tea) also known as Chai, Chai Tea or Chai Latte in Australia is a milk tea with spices that is typically sweetened. It is a product of India, Chai is widespread with numerous regional and household variations.

The mythology surrounding Chai originates way back between 9000 and 5000 years ago. It is believed to be the product of an ancient royal court of either India or Siam. According to ancient stories, the reigning king invented the Chai to treat ailments and was an Ayurvedic drink. Through the earlier times, Chai was prepared using many different techniques and was made with a wide variety of spices. The recipes vary between regions and the tea was served cold and hot to treat minor ailments, but did not include black tea until 1930’s.

Initial Experiments and Variations of Chai 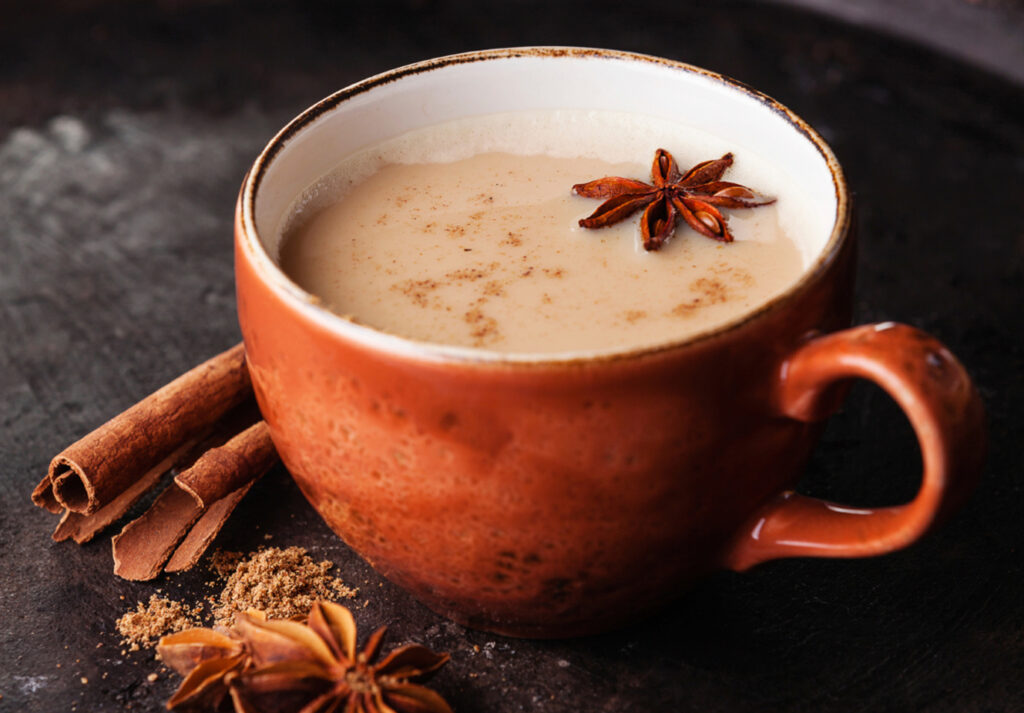 In 1935, the British East India Company established tea plantations in Assam as a way to break the Chinese tea supply monopoly for Great Britain. In 1870, around 90% of the tea used in Great Britain was supplied by China however by 1900, this was reduced to 10% and was largely substituted by tea produced in India or Ceylon.

In the 1830s, black tea slowly incorporated into the current Chai spice mix, and became the first seeds of Chai as is now known. The blend of tea spices was unpopular due to the price of tea. It didn’t gain popularity until the early 1900s, in which a campaign that was hard-core by the India Tea Company promoted the offer of tea breaks for employees in an effort to boost sales of tea.

This led to an increase in sales of all teas however also an rise in the addition of spices by chai sellers. While initially detested from those at the Indian Tea Company ( the tea was diminished by the addition of milk, spices, and sugar to keep cost down) it quickly established itself as the drink of choice.

The popularity of the tea increased during the 1960’s, when the mechanized production of tea CTC came into use. CTC produces a cheap tea that is quickly infused and has a distinct flavor that makes it the perfect companion to the sweet spice that is Masala Chai. The popularity in Masala Chai gained momentum becoming integral to Indian life and culture.

Increasing Popularity of Chai across Globe

Nowadays Masala Chai tea stalls are everywhere in India and ranges from small roadsides to more upscale cities – each with their unique Chai Recipe. Perhaps the most enduring connection of Indian Chai can be the well-known song that is a part of Chai Wallahs. ” Garam Chai Garam Chai” (hot tea) while the dancers weave across trains that are packed to the brim and equally packed streets.

In the last 3 – 4 decades, it has seen more popularity within the Western culture. The development of the Chai tents at markets and music festivals has grown into a popular tradition that serves not just the chai, but also provides an ambiance setting to enjoy it.

The Chai Lattes are now a standard feature of the menus at cafes and there’s an increasing number of chai enthusiasts who seek for authentic, high-quality chai that can be purchased ready-made or make at the home! Sutta Chai Bar embraces the traditional process of making chai and sell a 100% natural product that will make sure you get a chai delicious and nutritious.