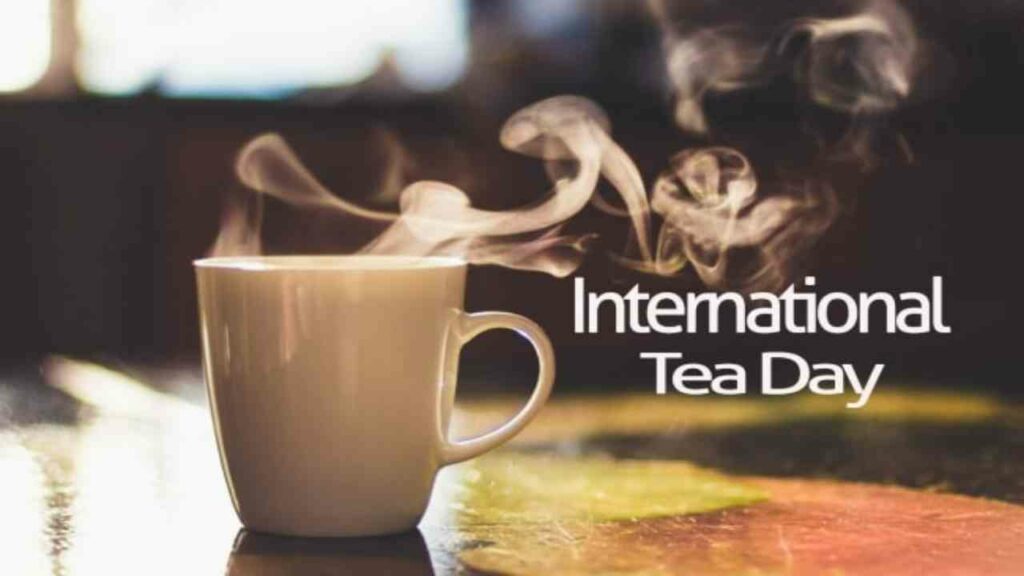 02 Feb 2022 Abhishek Kumar Yadav 0 comments
International Tea Day 2021: Are you confused as to why there are two days to celebrate Tea Day? Learn more about the date, the background, and significance of the chai celebrations also known as International Tea Day in India.

According to the United Nations, there is evidence to suggest that the tea drink was popular in China around 5,000 years ago. According to the legend, Chinese Emperor Shen Nung first tasted the drink when the army was in a forest sheltering and some tea leaves were tossed into a pot of boiling water. It was then infused and became the most widely consumed beverage.

It was first found by China around 2737 BC The tea plant went on to become a standard in Asian tradition, where it was used as a symbol of religious ceremonies before being transformed into drinks and even a medical cure. In order to compete with China’s tea production monopoly, Britishers first introduced tea commercially within India in 1824. Ever since, it has been widely grown in Darjeeling, Nilgiri, and Assam with an estimated 900,000 tonnes made in India.

First International Tea Day was celebrated in India’s capital city, New Delhi, in 2005. The celebrations were extended to other tea-growing nations – Sri Lanka, Nepal, Vietnam, Indonesia, Bangladesh, Kenya, Malawi, Malaysia, Uganda, and Tanzania. Ten years after the Indian government proposed in the year 2015 to increase the frequency of celebrations of International Tea Day through the FAO Intergovernmental Group on Tea that coordinates multilateral efforts to help the global tea industry and was crucial in establishing this year’s International Tea Day

The idea was further developed during a conference at Italy’s Milan in the year following when the idea was approved by the FAO Committee on Commodity Problems. In December, the Committee reiterated the need of the Intergovernmental Group on Tea to focus more efforts on expanding consumption, especially in countries that produce tea where consumption per capita is quite low and in support of efforts to combat the declining consumption per capita in traditional importers In December, the United Nations General Assembly adopted a resolution to mark the 21st May 2019 as International Tea Day.

As per the UN, “The Day will promote and foster collective actions to implement activities in favor of the sustainable production and consumption of tea and raise awareness of its importance in fighting hunger and poverty.”

It is a major source of export and income for some of the most deprived nations and, as an industry that requires workers, it provides jobs, particularly in rural and economically degraded regions. Tea is a key part of the development of rural areas as well as poverty reduction and food security the developing countries, as it is one of the main cash crop varieties.

Consuming tea may bring benefits to health and well-being due to its antioxidant, anti-inflammatory, and weight loss effects. Additionally, it has a cultural significance in a variety of societies.”