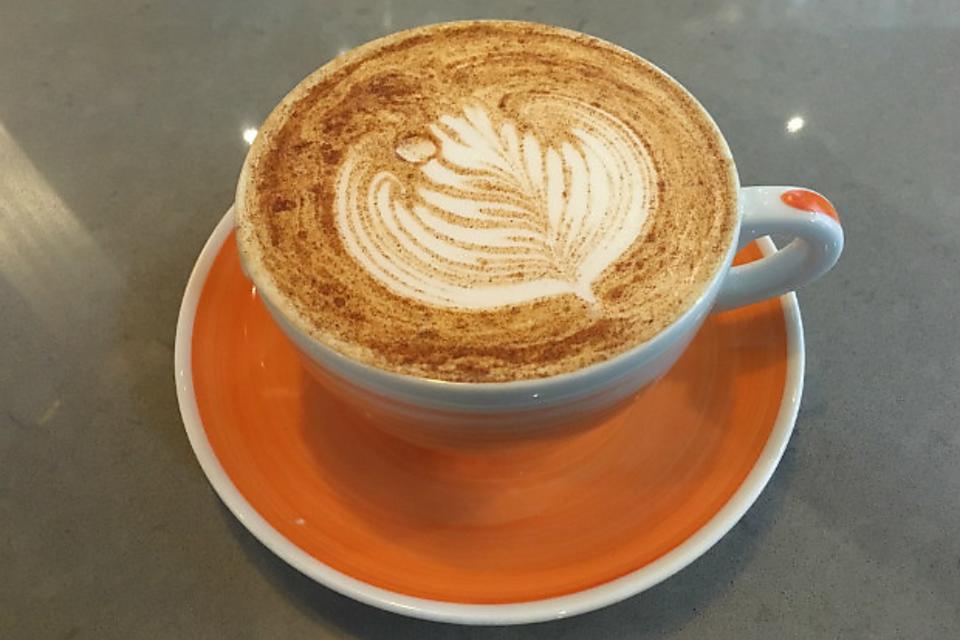 History of Coffee: It is unclear the exact date or how coffee was first discovered, but there are many myths surrounding the origins of coffee.

An Ethiopian Legend: History of Coffee

Coffee that is grown all over the world can trace its origins through the centuries, all the way to the coffee forests of the past in the Ethiopian plateau. Legend has it that the goatherder Kaldi first recognized the benefits of these adored beans.

The legend goes that Kaldi discovered coffee when he observed that after consuming the berries from the same trees, his animals were so active that they were unable to rest at night.

Kaldi revealed his findings to his abbot from the monastery nearby who prepared drinks with the berries. He found it helped keep him awake during all the hours spent in night prayer. The abbot shared his findings with other monks of the monastery and the knowledge of the powerful berries was soon spreading.

When word spread to the east and coffee reached the Arabian peninsula and began its journey that would take coffee beans to all corners of the world.

Must Read: 9 Reasons Why Right Amount of Coffee Is Good for You

The cultivation of coffee and the trade-in it began in the Arabian Peninsula. In the 15th century, coffee was growing within the Yemeni district of Arabia and in the 16th century, it was widely known as being grown in Persia, Egypt, Syria, and Turkey.

The coffee was not just consumed at home but also in numerous coffee shops that were publicly known as Qahveh Khaneh — that started to be found in cities across the Near East. The popularity of these coffee shops was unmatched and the people who frequented them were involved in various social events.

The patrons did not just enjoy coffee and talk and conversation, they also enjoyed live music, watched performances played chess, and were up to date with the latest news. Coffee houses soon became an important venue to exchange information that they were frequently called “Schools of the Wise.”

With thousands of pilgrims coming to this holy city Mecca every year from all over the globe the knowledge of the “wine of Araby” began to become widely known.

Coffee is Coming to Europe

European travelers traveling to Near East brought back stories of a mysterious dark black drink. The 17th century was the time when coffee was making its way into Europe and was now a popular drink throughout the continent.

Certain people reacted to the new drink with fear or suspicion they called coffee the “bitter invention of Satan.” The local clergy slammed coffee when it arrived in Venice in 1615.

The debate was so intense it that Pope Clement VIII was asked to intervene. He decided to test the drink himself prior to making a decision. He was so impressed by the drink that he decided to give the drink papal approval.

Despite the controversy, the coffee shops were fast becoming hubs of social interaction and interaction in the main cities in England, Austria, France, Germany, and Holland. Then in England “penny universities” sprang up, so named because, at one penny, you could buy coffee and enjoy stimulating conversations.

Coffee was able to replace popular breakfast beverages of the day such as wine and beer. The people who took coffee in place of alcohol would start their day energized and focused and, not surprising it was evident that their quality of work improved dramatically. (We prefer to consider this as the precursor to the modern office cafe service.)

In the late 17th century there were more than 300 coffee shops in London Many of them attracted similar patrons, which included brokers, shippers, merchants, and artists.

Numerous businesses emerged from these special coffee houses. Lloyd’s of London, for instance, was founded in Edward Lloyd’s Coffee House.

Coffee houses quickly appeared in the city, tea remained the preferred beverage throughout the New World until 1773, when colonists rebelled against an imposing tax on tea, imposed on them by King George III. The uprising, dubbed”The Boston Tea Party,” Boston Tea Party, would forever alter the American consumption habits towards coffee.

“Coffee – the favorite drink of the civilized world.” – Thomas Jefferson

Plantations All Over the World: History of Coffee

As the demand for the drink increased There was intense competition for coffee to be grown out of Arabia.

The Dutch finally received seedlings in the latter half of the 17th century. Their initial attempts to plant seeds in India were unsuccessful however they succeeded through their efforts at Batavia located on an island called Java which is now Indonesia.

The plant thrived, and within a short time, the Dutch were able to sustain a growing market for coffee. The Dutch then extended their coffee plantations to islands like Sumatra as well as Celebes.

Arriving in the Americas: History of Coffee

In 1714, the mayor of Amsterdam gave a coffee plant that was just beginning to grow to the King Louis XIV of France. The King requested that its plant in the Royal Botanical Garden in Paris. In 1723 an officer from the navy Gabriel de Clieu was able to obtain seeds from the King’s garden. Despite a difficult journey which included a storm that was utterly terrifying and a saboteur trying to destroy the seedling and even a pirate attack the officer was able to get the seedling safely to Martinique.

After being planted the seedling flourished, but was also acknowledged as having facilitated the growth of more than 18 million coffee plants on Martinique. Martinique within the following 50 years. It’s even more amazing how this plant was also the source of all coffee plants in across the Caribbean, South and Central America.

The renowned Brazilian coffee is a result of its ancestry its existence to Francisco de Mello Palheta, who was sent by the Emperor for French Guiana to get coffee seeds.

The French weren’t willing to share their coffee,(History of Coffee) however, they did share with the French Governor’s wife was enthralled by his beautiful looks was so impressed that she gave him a massive bouquet of flowers prior to his departure. left. In the sand were the seeds of coffee to start what has become an industry worth billions of dollars.

Travelers, missionaries traders, colonists, and missionaries continue to transport coffee seeds across new lands while coffee plants were made across the globe. Plantations were planted in beautiful tropical forests, as well as in mountains with rugged highlands.

Certain crops prospered, whereas others were not as successful. New nations were founded through the coffee economy. Fortunes were created and lost. In the 17th century, coffee was one of the most lucrative export agricultural products. Coffee, after crude oil, is the most sought-after commodity around the globe.